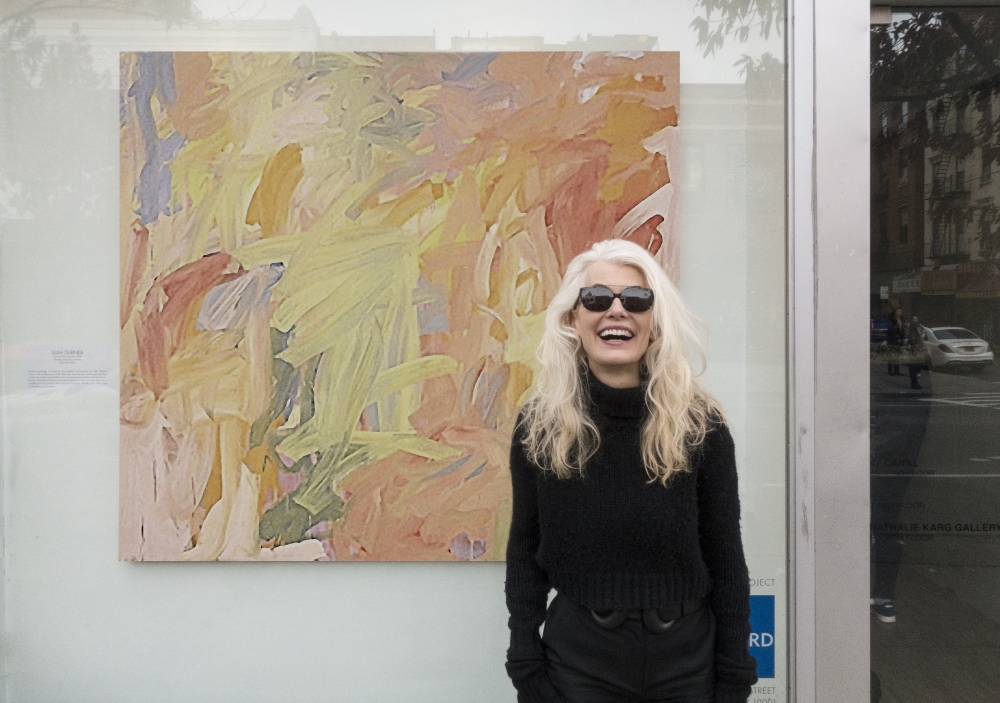 Durner’s work occupies the critical space between modernism and postmodernism. A supreme colorist, Durner is known for her exploration of inter-related concepts such as extravagance, psychedelia, fashion, and the French Baroque. This series of paintings, begun in 2008, examines the materiality of color both as substrate and as applied to the surface.

Durner has had solo exhibitions at Loretta Howard Gallery, 571 Projects, Nye Basham Studio, Wooster Arts Space, Berry College, and Limbo, as well as group shows in New York and across the United States. Durner was an artist-in-residence at the Leighton Studios, Banff Centre for the Arts and a visiting artist at the American Academy in Rome. Durner’s work is in the collections of the Portland Museum of Art, San Antonio Museum of Art and Wake Forest University.